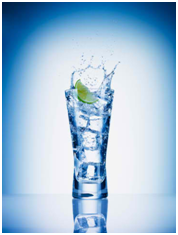 Without a doubt, the hottest drink in America now is water with bubbles.

Sparkling water born out of European households has captured the love of the American consumer. In the last 7 years, the 56.4 percent increase in purchase of carbonated bottled water in the nation proves where drinks are headed. Soda purchases have declined sharply during this same time frame.

While sparkling water sales are still a fraction of soda sales, the market for sparkling or ‘functional’ water is indeed have a glorious moment. In the U.S. alone, the growth is in millions, and the decline of liters of soda sold in the U.S. is also in millions.

The biggest reason for the shift is America’s growing obsessions with health, as consumer become wary of all the sugar in a soda. Another factor in the sparkling water boom is the new range of flavors, like kiwi-strawberry or mango-orange infused with bubbly but remaining in low calorie, low sugar varieties. The big name companies like Coke and Pepsi are scrambling to support the new American soda palette, but as they do, consumers are offered even a better way to control their beverages via homemade carbonation machines, such as SodaStream.

Consumers are fast turning away from anything which identifies with soda and instead seeking out things which identify with water. If someone is looking for health and variety, a machine like SodaStream make absolute perfect sense.

Companies who recognize American’s changing tastes see this as a viable opportunity. A Washington –based company call Talking Rain which make flavored sparkling water, has jumped on the bandwagon just in time to see a huge rise in popularity. This is due to their line of zero-calorie sparkling water in unique fruity flavor combinations. They attribute their success to consumers recognizing that sparkling water is healthier than say a Pepsi or Coke.

What brought consumers to drinking mass quantities of soda? Perhaps it is the caffeine, bubbles, and the sweet flavors. Sparkling water handles this with the bubbles and sweetness, minus the caffeine and other additives. Most experts believe this is not a trend or fad because of all the variety and flavor, this elevates to a permanent lifestyle choice.

SodaStream came into the party just at the right time as sparkling water continues to grow. While the company initially promoted the at-home carbonation machine as a soft drink maker, they have recently shifted this concept to focus more on sparkling waters. Their slogan has evolved from ‘set the bubbles free’ to ‘water made exciting’. 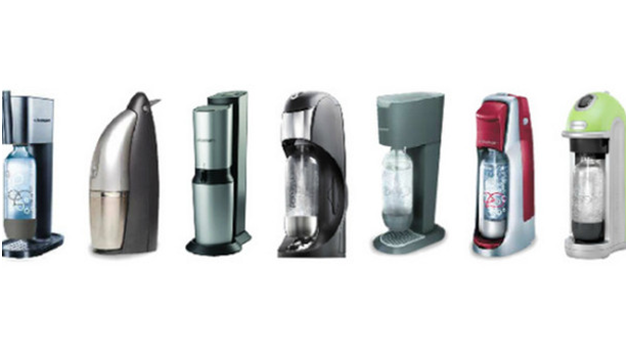 As SodaStream shifts gears, the company remains wildly popular in Europe, Finland, and Sweden with at least 20 percent of households having one of these machines. It is with hopes by Daniel Birnbaum, the CEO of SodaStream to get one of these products into every household. Many consumers have yet to grasp the concept of shelling out expense in the beginning to watch it pay for itself within a short period of time. With that, out of habit consumers will continue to grab whatever is available in soft drinks and sparkling waters until they actually have the opportunity to have the SodaStream experience.

Promotional deals in supermarkets, discount outlets, and convenience stores keep most low-income Americans locked in with the cheaper prices. Still, this is not the healthiest option for better living. Birnbaum is confident a transition is coming, and American will continue to shift further and further from store-bought sodas. He compares it to ‘the early stages of a revolution in the beverage industry in America and the death of soda come with the life of something else’. His ideas for the future of beverages are quite interesting. You can view the original article here.